The Trees of Chernobyl: A recent visit to the edge of the exclusion zone

For many years now, scientists and biologists tried to grasp the effect of the aftermath of the 1986 nuclear catastrophe on biological wildlife. One of the most contaminated areas following the event is a strip of 10 to 15 km² of Scots pine wood (lat. pinus silvestris) The most affected zone is approximately 2 km away from the power station:

“(the) Zone suffered a complete loss of conifers with partial damage to hardwoods (the so-called "Red forest"). Scholars estimate that the level of absorbed doses of external gamma radiation exposure in 1986–1987 was 8000–10000, with the maximum extent of the dose was 500 mR/h and more. The total area of this zone is approximately 400 hectares. In this zone, the pine tree trunks completely died and pine needles exhibited a brick color. The entire forest was virtually "burned down"—having accumulated a significant amount of radioactive emissions. Heavy radioactive contamination of the dead trees led to their burial. On the territory of the "Red Forest", immediate actions were implemented to restore the forests” (1)

Inside of that zone heavy mutations were imminent: Pine trees looked more like bushes then trees, gigantism and also deformity in the branches were very common. The less affected zones don't show as many deformities, nevertheless, the trees suck up radionucleides and especially wildfires are an important risk for releasing more radioactivity trough smoke clouds that could easily affect all of Europe.

In 1992, a large wildfire burnt down undetected and released massive amounts of radioactivity into the atmosphere. To this date, nothing is known about the consequences of the great fire of 1992. Sergiy Zibtsev, a professor from the Forestry Institute at the Kiev University of Life Sciences is one of the few international experts on the issue. Recently dispatched to Japan to ascertain the risks of the Fukushima Daiich'i Nuclear Meltdowns to the wildlife in the region. Zibtsev has worked for almost 20 years in the concerned Chernobyl region, trying to figure out the risks and development of forest life. He also coordinates with the 100 firefighters permanently stationed in the area to spot wildfires:

Firefighters in Chernobyl have one of the least enviable jobs in the world. They spend all day up rusty Soviet watchtowers, which sway in the wind like tin-box metronomes, and act as conductors to the huge lightning storms which swing across the land most afternoons in summer, often sparking fires. When they spot a wildfire, the firefighters triangulate its location by radio. Teams jump aboard big, red, Soviet fire trucks, and lumber along cracked, overgrown roads to the source of the blaze...They believe they know when they are fighting a radioactive fire - they experience a tingling, metallic sensation in their skin - but they do not fully understand the serious dangers of being exposed to superheated radioactive particles... Sergiy (Zbitsev) says more big wildfires in Chernobyl like the one in 1992 would be catastrophic for Ukraine's image, and potentially devastating for farmland right across Europe. (2)
During a recent visit near the exclusion zone and the heavily contaminated areas of Southern Belarus, I wanted to have a closer look on trees and how they were affected by the 1986 Chernobyl catastrophe. I had read in several studies, especially in Nesterenko & Yablokov's “Consequences of Chernobyl on Environment (N.Y Academy of Sciences 2008) that even in trees far away from the powerplant in Ukraine, Belarus and Russia, the affect of radiation can be seen directly with a different color of the year ring in the tree trunk, showing that the tree's growth rate and biological circle were heavily affected bt the incident. Incidentally, trees outside of the heavily contaminated areas of Southern Belarus show the same characteristics as the trees that were studied by Nesterenko and Yablokov: The year 1986 is in most trees visible and from that period their growth and the color of their stem changes dramatically. On the following pictures this can be observed very well: 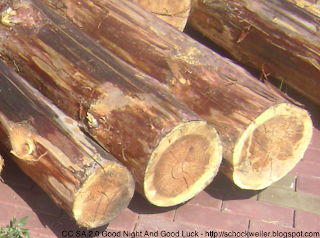